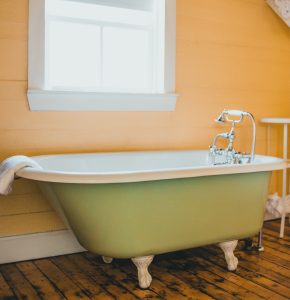 One of the recurrent flaws in our Jersey City apartment of the past few years has been the plumbing. Within months after moving here we had an inexplicable leak from the kitchen sink that forced management to have to tear up and replace the living room flooring. Of course, my neurosis coupled with faith in ongoing communication from the subjective realm diagnosed this as a sure sign from the universe (and my own spirit guides) that leaving New York City was the wrong decision. My wife on the other hand diagnosed it as a plumbing crisis.

More chronic at home has been our need to regularly flush out the shower drains, and each time we do so we’re sure to use not just hot water, but a pot of boiling water to chase the Liquid Plumr or whichever product my wife deems most ideal to unstick the grime and/or hairs that cause the clogs. It reminded me of one of the most important principles in Chinese medicine, the diet, and lifestyle we encourage of human beings.

Grime or accumulation in pipes is no different in theory than “dampness,” dysbiosis, or plaques in human vessels, arteries, and pathways.  Call it what you will—any of the aforementioned, otherwise inflammation or fluid retention, ultimately all paradigms of medicine can consistently observe and cite such blockages as the underlying etiologies to most diseases.

This is why Eastern medicine discourages our consumption of anything and everything cold. Whether cold drinks, cold foods, such as salads, yogurts, or smoothies, or using ice on injuries, cold constricts and solidifies accumulations instead of dissolving them, thereby making such substances counterintuitive to our perpetual intention to reduce inflammation.

Cold foods are often yummy and convenient, which makes them that much more appealing in our fast-paced society, although convenient should always be a red flag when it comes to caring for the planet and ourselves. Microwaves are convenient, as are plastic bags and take-out containers, as well as gasoline cars, all of which are obviously and equally basic and destructive.

Western medicine often alleges there is “no known cause of arthritis,” which really just means they do not know what causes it. In Eastern medicines we know better. This doesn’t necessarily mean our treatment towards full resolution is simple, but its cause is. The human body is made mostly of fluids that have to constantly circulate, often through relatively microscopic spaces surrounding joints and ligaments. This circulation is created by our “qi,” or overall cellular energy, which obviously wanes with age. Exercise can help, as can a good diet, but all of us over the age of 30 are gradually losing energy, which means our fluid circulation is slowing, which leaves us vulnerable to cold clogs, constriction, and inflammation.

As we seem to instantaneously traverse from summer into a rather chilly fall this is an important concept to keep in mind. While anti-inflammatory diets and nutritious foods can be great, many times our bodies can benefit by just pouring hot water into it every day. Whether in the form of herbal teas, pu-erh tea, barley and ginger tea (message me for this recipe) green tea (only for those of us with heat patterns), soups, and/or bone broths, or shiitake mushroom broth for my vegan friends, a daily ritual of these edible, nourishing versions of Liquid Plumr can have immeasurable preventive benefits if consumed consistently over long periods of time. 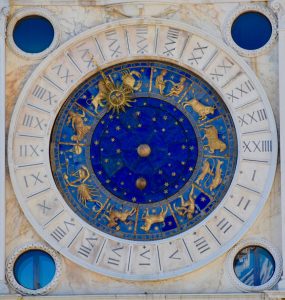 Just a friendly heads up, fair warning, from your local subscriber to (almost) all paradigms off the beaten path and/or beyond the five human senses: Another Mercury retrograde is upon us, to officially begin this coming Friday, September 9th; but for those of us such as myself, born under a Mercurial sign, the effects of its “shadow” and prior “pre-shadow” phases have already reared their heads around many facets of life. This will continue for the rest of September.

When the planet Mercury is in retrograde the things most known to suffer are travel, communication, and technology—recall October, 2021, when all of Facebook and Instagram collapsed and blacked out for a day—though my personal experience is just an overriding theme of carelessness and misfortune that can lead to a whole litany of problems.

For example, while mercury is retrograde I am more likely to roll an ankle, drop and break a glass, lose my wallet, or tell someone to “F off!” The latter of which I’m confident has become less frequent with age and maturity (and the astrological awareness to, take a breath—it’s just mercury)…

This weekend my brother witnessed a road rage incident on the upper east side where two drivers got so angry at one another that they took turns ramming each other’s cars as if in a video game until finally jumping a curb resulting in a collision on 2nd Avenue. Fortunately, no one was hurt. And while confrontations obviously happen year-round, I couldn’t help but flag such an extraordinary instance as partially exacerbated by the stars’ misalignment, hypothesizing: “If only one of the two combatants was more astrologically aware, he might have taken a breath and turned the other cheek (or wheel as it were) and avoided the legal, financial, and medical issues caused. For the month to come, try your best to pause before reacting.

For my part thus far, we’ve had last minute babysitter cancellations, patients arriving later than ever (you’re all forgiven!), my bed frame broke for no reason other than wear and tear, our freight elevator was down all week, as is our cable at home (grateful it happened after Serena’s match). When mercury is retrograde we should do our best to just go with the flow of such conditions, and avoid making any major life decisions or signing contracts until our perception—that is our communication with the outside world is more lucid.

The nice thing about mercury retrogrades is they are generally times when people from our past—hopefully not detested ex’es—either randomly reach out to connect or run into us randomly in public. Such “coincidences” are common, which can be fun and offer somewhat of a silver lining to these otherwise frustrating, chaotic few months of each year.

Of course, astrology is only an interest of mine, not remotely my field of expertise. To dive deeper I recommend The Inner Sky by Steven Forrest, or at least this ASTROSTYLE ARTICLE on how to mentally prepare and approach this upcoming period. Alternatively, alternative medicine is another useful coping tool for the stress that comes with astrological storms. Even if just harmonizing treatments, down-regulating our nervous system, or releasing our back and shoulder muscles, outside support is always advisable, and available. Please just give yourself an extra five minutes to get to your appointment 😊 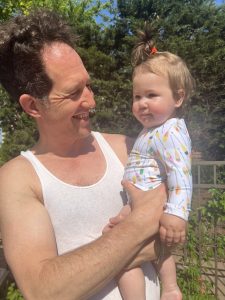 In celebration of my first Father’s Day as a father I couldn’t help but reflect on when and why I first decided that I wanted to have children. As an exorbitantly self-absorbed, 20-year-old, male urbanite with artistic passions and lofty career goals, I never thought about having kids. I don’t know that I defiantly didn’t want a baby—nor did I consciously want one. It wasn’t until approximately a decade later, upon my initial explorations into Buddhism and spiritual literature that I decided procreation mattered to me.

Parenthood, in my opinion, represented an important experience towards self-actualization. Like most young adults I developed aspirations to give to my future child an even richer and more complete experience than was given to me, which I’m confident my own parents succeeded in providing relative to their upbringings. I think most of my generation were brought up with greater affection and career opportunities than the previous generation. My hope is to bring my daughter up with a greater cultural experience and spiritual awareness, and of course a more conscious diet.

I entered parenthood with these naïve notions, images of sitting lotus posture across from my child, our eyes locked as I imparted fortune cookie wisdoms to her, until we spontaneously merge into an exploding ball of white light and love. Instead, my experience is closer to that of an unpaid employee at a 2-star restaurant, who frantically wears the hats of chef, dishwasher, busboy, and maintenance man, while shouting back and forth at my “co-worker” anything but pieces of fortune cookie wisdoms. I am aware of course, as I sit here typing this, that these are the “spiritual experiences” in action that I sought. Though it is admittedly beyond challenging in those moments to recognize them as such, or to understand what it means to be a father.

With all due respect to the modern mutability of gender roles, identifications, and definitions, when I think of a father I think of my own dad, the masculine energy, or “yang qi” of the body. In Chinese Medicine our first line of immunological defense are the “tai yang” (or “greater yang”) channels. It is the job of the yang qi to protect and warm us, also to motivate and excite us, and direct us upwards… which may be why my daughter prefers that I lift her up towards the ceiling to kick her legs and laugh, but insists with no equivocation that she always be put down to sleep by the calmer, more nourishing, “yin energy” of Mom.

While my own father was a paternal treasure, an awesome dad five times over, where I saw his “yang qi” finally falter in his later years was in the all too common indulgences of “pathological yin” substances: Sugar, alcohol, cold foods and drinks, a sedentary and relatively anti-social lifestyle over time will put out our yang fire, and too often in our society what we see in older dads are soft, curvy, and fleshier physiques concurrent with quiet, more withdrawn demeanors. While some degree of grounded calm is very organic in our later years, my opinion and observation is that there can be a healthier, more engaged manifestation of it.

Without much apparent choice in the matter, my intention is to continue grinding away in the 2-star restaurant, hopefully with perpetually greater mindfulness that every sleepless night, every screaming cry, and scrubbing session on my hands and knees of the cooked produce peppered around our living room floor is the spiritual experience. With hopes that one day through my own appropriate discipline and self-care, I’ll possess adequate yang qi by which to sit lotus across from Peyton, look into her eyes, and impart everything I know, and don’t know.

Acupuncture for Mental Health and Wellness

The conversation around mental health has become much more prominent in recent years thanks in part to the pandemic. Depression, loneliness, anxiety have all increased for many people especially in the last couple of years. Sometimes a prescription medication is needed to deal with a particular mental health issue but often, people are looking for a drug free alternative to address their issue. Acupuncture is a great option for those struggling with mental or emotional issues.  END_OF_DOCUMENT_TOKEN_TO_BE_REPLACED

Acupuncture for Mental Health and Wellness was last modified: March 28th, 2022 by admin