My Own Covid Story 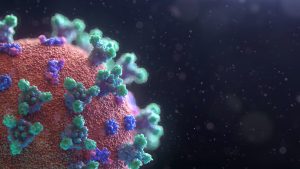 When my wife texted me two Friday nights ago that she’d had a persistent cough throughout the day, juxtaposed to the emoji for concern and/or terror, I was unperturbed. Over the course of the now close to three years into this pandemic, we’d both seen this play enacted by one another many times over. A cough, a headache, a tickle in the throat or oddly stubborn congestion, and like any typical urban, Jewish medical professionals we immediately grasped for one of our many rapid Covid tests in the closet, crossed our fingers, and hoped for the best; and were always rewarded as such—that was up until last week.

My wife continued to test negative for her first 24 hours, even as symptoms were worsening: Headache, body aches, fatigue, all to the severity that she figured if not covid it must have been the flu. Regardless of the biomedical disease label, her Chinese medical pattern was her Chinese medical pattern, so I dutifully drove to the pharmacy in Chinatown to get her what I hoped was the perfect formula. By the 48th hour she tested positive, just at around the same time she’d begin her herbs and self-quarantine. We only hoped it wasn’t too late for the baby and me.

I felt fine for another two days, playing Super-Dad, cooking all meals plus Chinese herbs, caring for the baby, and leaving meals on the floor outside of the dreaded infected room. Unfortunately, once woken in the night, our 15-month-old refuses to return to sleep without the comforts only Mom can provide. They ended up spending the night together and within another 48 hours I had a tickle in my throat so subtle that three years ago, or even three days ago I would have thought nothing of it. A mild cough that could have just as easily been the kind of mild seasonal allergy symptom exhibited by those of us lucky enough to not much suffer with seasonal allergies. Hoping against hope that maybe it was psychosomatic or even a stretch of a coincidence, but within six hours I was writhing on my bed with a 100.4 fever (not terrible), plus a cough and rather heated oppression in the chest. Still testing negative, but immediately emailed one of my mentors for a virtual consultation the following morning.

My first twelve hours were rather awful: One of the worst occipital headaches I’d ever experienced, low back pain that was reminiscent of after my Covid vaccine, and a queasy lack of appetite that is as foreign to my own constitution as it is to most common colds. Covid’s unique strength is in the sticky nature of the spike protein, “damp” as we’d coin it in Chinese medicine, obviously evidenced in its well-known cerebrovascular and gastrointestinal complications, as well as brain fog, which can all be explained by either modern psychoneuroimmunology and/or good old fashioned, Chinese medicine. The muscle aches, for example, are the excess body fluids on the surface fighting the pathogen but temporarily losing, as is apparent by the lack of sweat I was still experiencing.

My brother was my angel, kind enough to use his free time to run to Chinatown for me, pick up the formula written by my mentor, and drop it off at my building, so that I wouldn’t lose a day. Covid is the kind of disease that evolves rapidly, entering the body at one “organ level” but quickly traversing to the next if not immediately and appropriately addressed. My brother understands just enough about Chinese medicine to know this logic, so I needn’t explain to him the urgency, in spite of well knowing mine was not an “urgent” case by biomedical standards.

By this time my wife was 80% better, the baby practically asymptomatic aside from some odd eating and sleeping habits. I felt much better by my 24-hour mark, though my “pattern” did shift, as the headache and muscle aches had abated and I was left with a burning sore throat. I called my mentor for another consultation, as we had to change the formula, this time with an intention of clearing heat from the lungs. Once that was clear I was finally left with a low-grade brain fog for a few days, which was resolved with formula #3, a return to more aromatic herbs to dry the leftover fluid retention in the gut. No, I did not request my brother make any more trips to Chinatown, as I felt up to driving in myself, requesting they bring my bag of herbs outside to exchange safely on the sidewalk.

All told, it was approximately a one-week process for myself, probably a bit shorter for my wife, and a lot shorter for the baby, and I thought it all too appropriate to not share, doing what I do for a living, and this all having fallen the week before Thanksgiving.

We have much to be grateful for through this experience, first and foremost of course being our health and full recovery. While I realize the majority of the western world has been “over this” for quite some time, and the present variant is supposedly mild, I suspect the latter hypothesis to be applicable mostly to those who are on their second or third times around. For our household this was our first—we were naïve enough to believe we might even evade it—and although we managed, it was no fun going through it with a 1-year-old. Though we made it through, and to this end my primary gratitude goes to Kamwo Pharmacy, of course my brother, and Chinese medicine in general; while the western world continues to box acupuncture in as some nifty new age modality to treat muscle pains, at its inception it is the most thoughtful form of internal medicine, and all of its classical literature is more or less wholly dedicated to illnesses like coronavirus. I hope should any of you contract it in the future you’ll allow me to help first.

My Own Covid Story was last modified: December 1st, 2022 by David Foster

Boosting immunity has become the buzzword of the last two years of the pandemic as everyone has examined ways to keep their immune systems strong to repel Covid-19. And most people understand that our immune systems are like the guards of the body’s cells, tissues, and organs. A strong immune system will repel the worst of bacterial invaders so infection can be avoided at all costs.  END_OF_DOCUMENT_TOKEN_TO_BE_REPLACED

Benefits of Acupuncture in Treating Immune Deficiency was last modified: May 25th, 2022 by admin