Why Are We Damp & How Can We Dry Out? 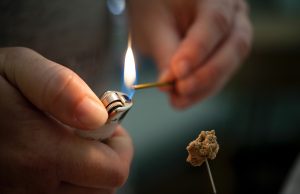 It’s rare to speak to a Chinese medicine practitioner for very long without hearing about “dampness” as a pathology within us. Most likely they are referring to a pathogen within you, but fear not—a similar diagnosis likely applies to them as well—as when it comes to dampness the question really is only how much there is and where it is concentrated.

Since the human body is made of approximately 60% water, proper fluid physiology is everything in our medicine. Any physician worth their weight should initially inquire not just about your digestion, but urination, sweat, and thirst as well (if they don’t, run). Our fluids must be properly moved and nourished, lest they coagulate and disease ensues. Anyone whose life is not stress free, plus without the perfect diet and exercise will suffer some degree of dampness. The good news is there are countless micro-decisions we can make throughout each day to mitigate or minimize its accumulation within us.

The first and most obvious is diet: Sugar, dairy, gluten, booze, and even a lot of foods that are generally considered healthy, are most implicated. For example, while salads, smoothies, fruit, hummus, and (non-dairy) yogurt all check off as nutritious within the context of a scientific lab, within the context of our microbiome they have a heavy, obstructive quality that requires more energy to digest. If you must have any of these it is advisable to chase it with hot, raw ginger tea.

Next is exercise: If we never sweat we will retain fluids, especially in the muscle layer, which might eventually manifest as a strong aversion to humidity or damp climates. While no one particularly enjoys the subway platform in August, for many it is at least tolerable, while for others it can potentially ruin their entire day. The latter folk generally cannot get enough air conditioning in summer, which further constricts blood vessels and closes pores, which traps even more fluids, and perpetuates the vicious cycle.

On the other hand, there is such a thing as too much exercise, sweating where we pass the point of purging unhealthy dampness and begin to lose healthy fluids which carry within them the same cellular energy required by our metabolism to avoid creating inflammation in the first place. As Jake LaMotta said: “Defeats its own purpose.”

Beware to wait to shower while we actively perspiring, as immersing open sweat pores in water makes us susceptible to dampness lodging in the muscle layer, which may later on manifest with symptoms that doctors tell us there is “no reason for.” If you must shower while still sweating, warm or hot water is preferable. Also, ideal to wait to shower at least 30 minutes after eating, as the last thing the microbiome needs is to be submerged in water while trying to break down food and keep itself relatively dry. I’d like to stop briefly bathing my infant immediately after dinner, but of course sometimes we have to sacrifice perfection for schedule sanity.

This article was posted in Uncategorized. Bookmark the permalink. Follow comments with the RSS feed for this post. Both comments and trackbacks are closed.
646-242-7621 Directions Contact/Schedule